The Bistro’s Story is the story of 32 years of lovers, friends and families that have shared some of their most memorable life celebrations with us. It is also the story of an incredible team of culinary professionals that has worked together for decades. Our ambition is to serve you one of the best meals that you have ever had. We are guided by Sean’s constant reminder that…”If you strive for perfection then you will achieve a high degree of excellence a good part of the time.” We know that if we pair the very best of America’s food bounty with the area’s strongest team of pros that the outcomes will be exceptional. The Beach Bistro uses only the best of American Ranchlands Domestic Lamb, Prime American Beef and Maple Leaf Farms Duckling. The Bistro’s Shrimp are truly Gulf of Mexico Shrimp, and our Fresh, Line-Caught Fish are sourced directly from people we know. Our rising tide of vegetarian preparations are the product of our chef team’s talents for developing profound and unique flavor profiles.
Beach Bistro Website There’s no illustrious history about Strickland Ranch, nor huge financial gains; what there is a love for the woods, cattle and Florida. The first Stricklands came to Florida around 1845; they settled first in Levy County and later in Marion County in the town of Romeo. Henry Clay Strickland had many children; one of his son’s, Andrew Jackson Strickland, was Jim’s grandfather. Andrew married Fleta Cannon and they settled in Red Level (just west of Dunnellon) and raised nine children. Andrew Jackson was killed breaking a horse when Jim’s father, Hiram Lloyd Strickland, was 13 years old. Hiram grew up in open range cattle and hog days and worked cattle for others — along with the ones they had in the woods between Crystal River and Gulf hammock.

It was during this time that Hiram established Strickland Ranch. Like so many young men Hiram joined World War II before he was of legal age; he came home after the war and pursued the cattle business and also started Strickland Brothers Sausage Company. He attended University of Florida, earned an insurance license, and became a fireman while still doing what he loved — being in the woods with cattle. During a trip peddling sausage he met Eleanor McDonald; they eloped, had two children and settled in Manatee County. He bought thousands of the small cracker cattle from his stomping grounds in North Florida and brought them south to leased land across three counties while also working as a fireman. He later ran for Manatee County Property Appraiser was elected and stayed in that position till his untimely death in 1973. Jim took over running the cattle on leased land at age 17.
Strickland Ranch Website

Our Mission
About
Stewardship
Outreach Raising the Steaks At Blackbeard’s Ranch, steaks make the case for sustainability. 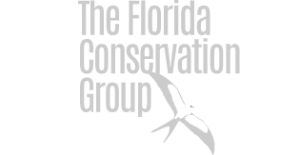 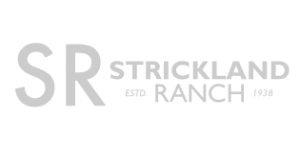